David "Steve" Jewell , age 71, of Canmer, Kentucky,  passed away Thursday, February 12, 2015, at his home surrounded by his loving family. He was born on May 20, 1943 in Hart County to the late James Hall Jewell and Susie Atwell Jewell near Pascal,Kentucky.

Steve spent most of his life in Law Enforcement having served as a Police Officer for the Louisville, KY Police Department and the Glasgow City Police Department. He, along with his brother Tom, operated the former Tri-Bag Inc.Box Company for several years. After returning to Hart County, he and his wife, Betty, owned and operated the " Old Country Store " in Canmer . He was saved and joined the Shady Grove Baptist Church at age 12 and remained a member there for his lifetime.

He is survived by his wife Elizabeth " Betty" Jewell of Canmer, three sons, David Timothy Jewell of Gas City, IN, Shenandoah "Shane" Maxey of Marion, IN, and Gregory Maxey of Marion, IN, one daughter, Sherri Beatty of Stamford, CT, four grandchildren, two great-grandchildren, one brother, James Thomas "Tom" Jewell, and his wife, Barbara, of Louisville, two nieces, one nephew and a host of friends.

Funeral Services will be held at 1:00 p.m. Wednesday, February 18, 2015, in the Chapel of Winn Funeral Home Horse Cave with burial to follow in the family plot at Houk Cemetery, Metcalfe County KY.

Visitation at Winn Funeral Home from 4 until 8 p.m,. on Tuesday and from 8 a.m. until funeral time on Wednesday.  VISITATION WAS PREVIOUSLY SCHEDULED FOR MONDAY FROM 4-8 P.M. and the FUNERAL ON TUESDAY AT 1:00 BUT HAD TO BE RESCHEDULED DUE TO INCLEMENT WEATHER BEYOND OUR CONTROL.

To plant memorial trees or send flowers to the family in memory of David Jewell, please visit our flower store.

Betty so sorry for your lost. Paul and Steven where cousins and many a good time together. Now they are together again, I am sure catching up on lots of things. My family thoughts and prayers are with you during this time.

Shane & Family,  I am so sorry for your loss.  You are in my thoughts and prayers. 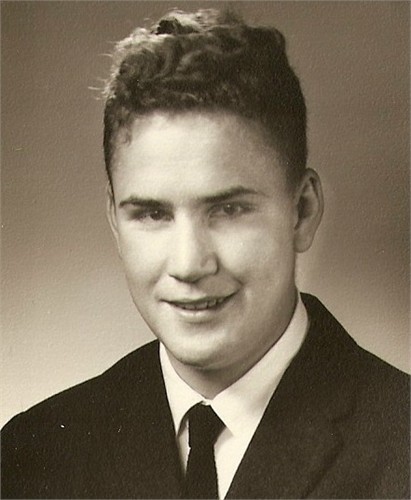